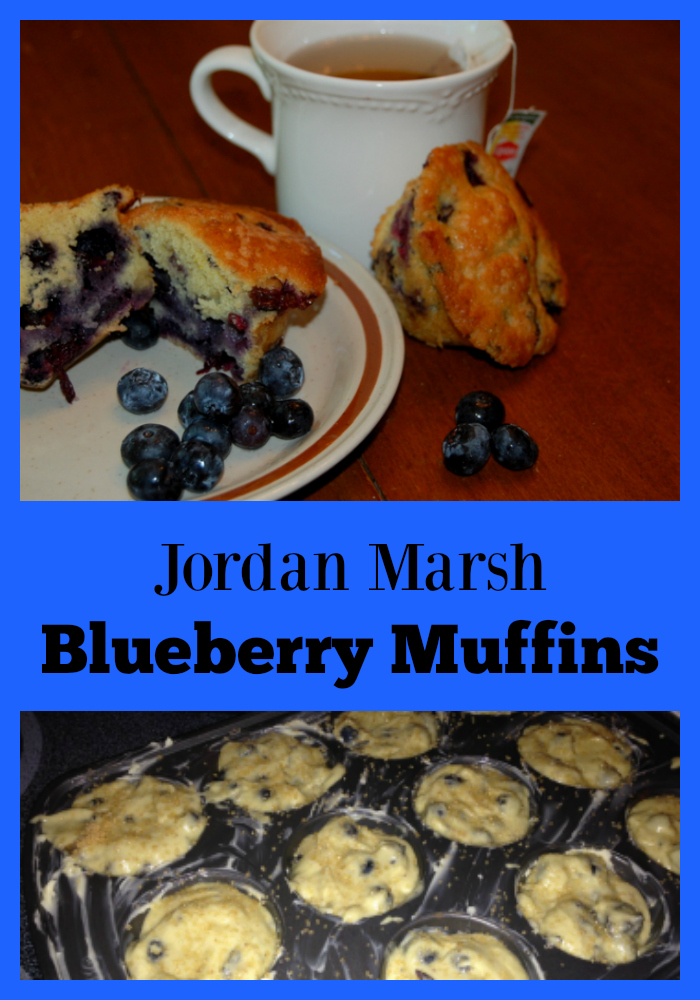 If you grew up in New England you surely know the legend of the Jordan Marsh Blueberry Muffin.  For non-Yankees pull up a chair and I will tell you the tale.  For nearly a century, Jordan Marsh was a major department store chain across New England.  Their flagship store in Boston had a bakery to feed weary shoppers, and that bakery sold the most amazing, melt in your mouth sugar crusted blueberry muffins.

Children would be promised their tasty goodness if they could only behave a few more minutes while shopping, grown people would go out of their way to stop by and bring a few muffins home after work.  The muffins were so popular many other Jordan Marsh stores begin selling them (although I hear to truly experience them it had to come from the Boston bakery).  Unfortunately, by the early 1990s the company was in trouble and they merged with Macys – the end of an era and the beginning of  a folk legend. 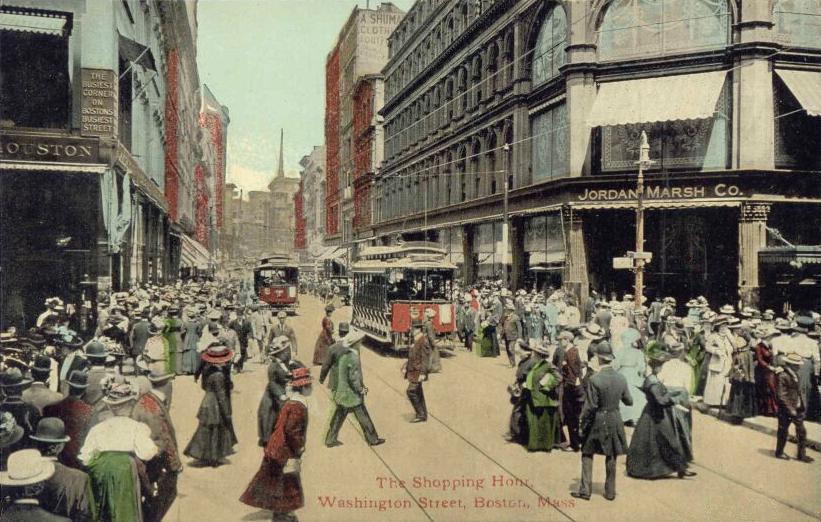 Such was New England’s Jordan Marsh Blueberry Muffin Mania recipes began circulating and have been published in Yankee Magazine, Boston Globe, New York Times and more.  A former baker at Jordan Marsh started his own company, The Jordan Marsh Muffin Company.  Another local furniture store claims to have the real recipe and sells them.   Your neighbor’s great aunt’s best friend claims to have the only existing copy of the real recipe and keeps it under lock and key with an armed guard.  Of course no one can agree as to what the “real” recipe was as there are always naysayers who insist the “real” muffins were so much better.   Isn’t that the way nostalgia works though?  Just like your grandmother’s apple pie is always going to be the best apple pie you’ve ever had and no one else’s will ever compare (even when you use her recipe it’s never quite like hers is it?).

Well the other day my mother in law shared a photo on Facebook of a very well worn recipe page complete with grease & batter stains claiming to be the actual recipe.  As a lover of all blueberry muffins I knew I had to try this one out. The recipe was a mess – the ingredient list was all out of order, the instructions were very unclear and they forgot to add in some of the ingredients in the instructions.  It’s like they were TRYING to make you fail so no one will ever taste the real muffin – it’s a conspiracy!  I cleaned it up, and added raw sugar to the granulated sugar for sprinkling on top so it holds up better during cooking.  Are they as good as the “real” Jordan Marsh muffins?  Who knows – but they are SUPER tasty!

Cream butter & sugar on low.  Add eggs one at a time, blending thoroughly after each addition

Mix together vanilla & milk, set aside

Mash 1 cup of blueberries and stir in by hand

Grease muffin tin & butter the top of the pan also

Pile mixture to the very top of each muffin pan

Mix together raw & granulated sugar, sprinkle generously over all muffins 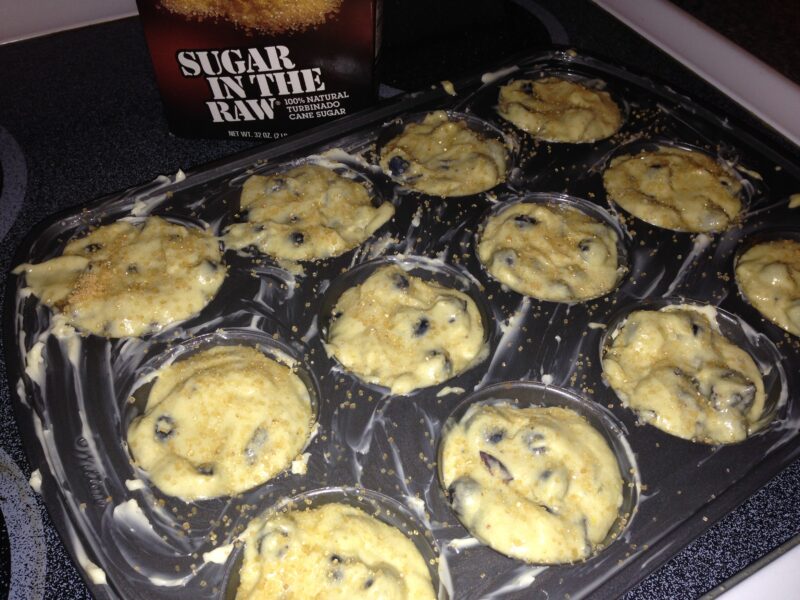 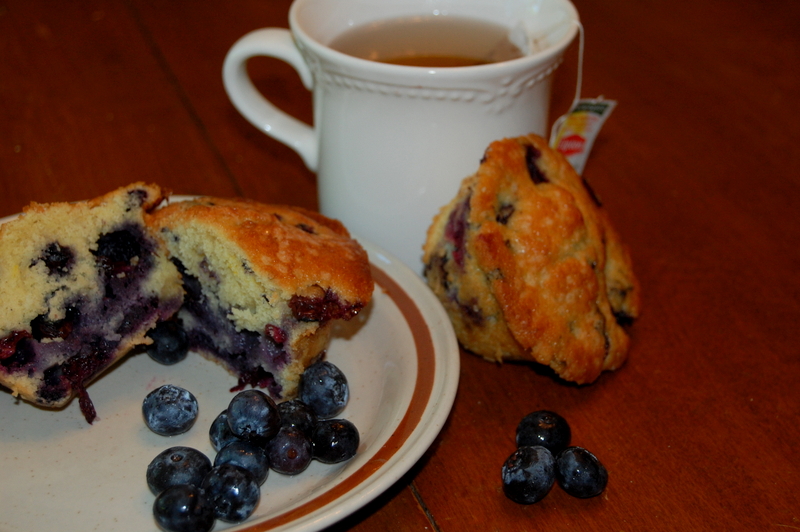 Super Easy, Use All Your Eggs Casserole

Don’t let the rain stop you! Grab an umbrella an

Join us at the Fall @lovelivelocal fest TODAY! Sep

How am I suppose to work when my cutie little gran

I have fairs the next three weekends so I have bee

Surprise baby bunnies!!! When I went out to do far