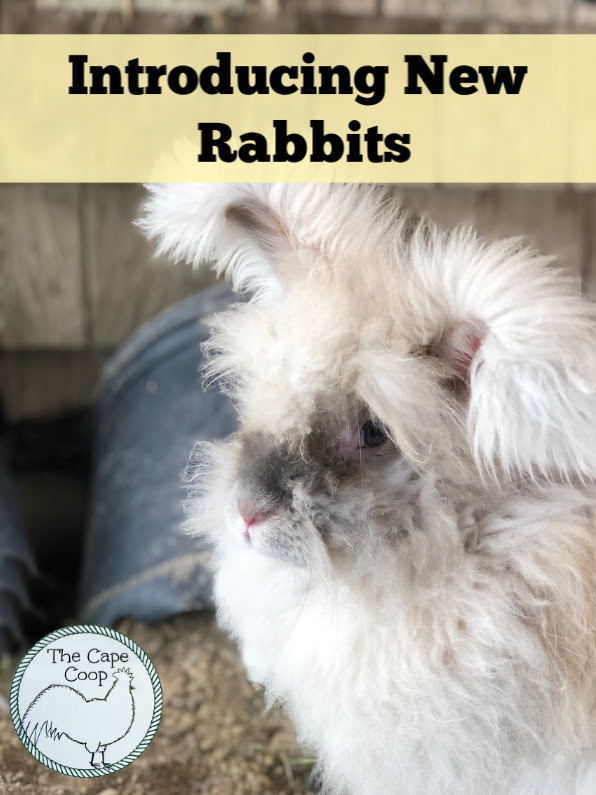 Rabbits are very social creatures and if at all possible should always be kept with other bunny friends. But how can you introduce two future Bunny Best Friends? Rabbits might not like living alone, but it doesn’t mean introducing new rabbits is easy, they are also quite territorial. It’s best done slowly so each rabbit has a chance to get used to the idea with minimal fighting. click here to read more about colony raising rabbits

Unless you are planning on breeding your rabbits, getting them spayed or neutered is a good idea. After they are altered, many find their rabbits are calmer and more loving with the strong urge to mate gone. It can also make them less likely to have destructive or aggressive behaviors. These are all very helpful traits when you are raising multiple rabbits in the same space.

Females can usually be spayed when they are around 5-6 months old. Males can be neutered much earlier, around 2-3 months old. The rabbits should be altered at least a month before they are allowed to live in a colony setting. This will allow them to heal from surgery and allow the hormones to settle down and normalize.

Males can still remain fertile for a few weeks after surgery so definitely keep newly neutered males and unspayed females apart during this time.

In the wild, rabbits live in social groups called colonies in a series of burrows. A male/female pair would be a natural one to consider when bonding two rabbits as this is how they would live in the wild. Of course if this is the route you go it is absolutely necessary to get the rabbits spayed/neutered unless you want baby bunnies every couple months!

Female/female pairings also work really well, and is the only pairing you should consider if your rabbits are not altered.

Male/male pairs will work as long as both rabbits are neutered. Unaltered male rabbits are the most likely to fight and display aggressive behaviors (but not all will). They are also the most likely to spray urine around the area to mark their territory – you don’t want two males competing for who can pee on the most stuff!

Bonding rabbits when they are young (under 4-5 months) is by far the easiest way to go, but even adults can be bonded.

How many rabbits can you keep?

Most of this just depends on how much space you have and how much time you have to take care of them. You should plan on at least 10 square feet per rabbit. If you keep too many rabbits in too small a space they are going to get frustrated and fight. So go as big as you can with their enclosure!

A two rabbit pair is the bare minimum so they always have a friend. But adding a third or even fourth rabbit can ensure even if one of them passes away, the others will still have a rabbit support network. Click here to read about setting up a rabbit enclosure

Put the rabbits either in separate cages or separate them with a gate. The goal is to get them to see each other and smell each other, but they can’t fight. If at all possible, do this in a neutral area. If your current rabbit feels like the new rabbit is invading her space, fighting is more likely. If you can’t make the space new, clean out and scrub down the cage or enclosure to try and eliminate her familiar smells.

Good signs to look for include sniffing each other through the cages, circling attempts, and making soft honking noises. If you see them laying down on their sides looking relaxed in each other’s company that is excellent!

The length of this introduction period really just depends on your rabbits. They all have individual personalities just like humans and some are just naturally more friendly and accepting than others. It might be a few hours, it might be a week or more. On average it will take a day or two.

For the first meeting outside of their cages, find a space that is new to both rabbits so no one will feel they own it. Put the rabbits in the room about 6-7 feet apart and sit on the floor with them. If possible have some cardboard boxes & toys to explore and a couple dishes of food in the room.

Hopefully they will cautiously approach each other and do a lot of sniffing. This is the most likely thing to happen. Rabbits live in a hierarchy naturally, so they will need to establish who is going to be “in charge”. The dominant rabbit will circle the other and mount the other like they are mating. This has nothing to do with mating and will happen with both altered and unaltered rabbits. It’s about dominance and it’s how they communicate so let it happen.

There is likely to be a bit of squabbling unless one rabbit is just ready to accept dominance right away. Chasing and even brief nipping is fine, but they shouldn’t be fighting. Rabbit fighting is when they rush at each other, rear up on their back legs and punch, claw, and bite at each other. There is usually some angry noises happening at the same time.

If they fight, separate them immediately and give them a few more days in separate cages. Brush up on reading bunny body language with my post here

Living happily ever after

Permanent cohabitation will depend on how this first no cage meeting goes. If they get along immediately, they aren’t defending the food bowls, and they are relaxing on their side near each other these are great signs. Cuddling up together is even better. Once you see them grooming each other, they are going to be fine. If no grooming happens in the first meeting, it’s a good idea to keep them separated when you can’t monitor them. Try again the next day.

If your rabbits fight during the first meeting, they need a few more days in separate living areas. Keep them separate until you see signs of them relaxing in the other’s presence. When you are ready to try again, be armed with a towel and a spray bottle full of water.

When they fight, spray the rabbits with the water bottle. Hopefully after a few squirts they will literally cool off. If they don’t stop fighting, toss the towel over one of the rabbits to break up the fight, then use the towel to gently scoop the rabbit up to put him away. Each time you try a new encounter with the rabbits, do it in a different environment/room. It could very well be what is making the rabbits tense.

Have toys and boxes to distract them and have plenty of food and treats available. If there is a special treat your rabbit loves, only have it available when they are together. It will help your bunny associate good things with being with his new friend.

Teenage male rabbits tend to be the most aggressive, so if you bunny fits that description, they may just need a few months in a separate cage if they can’t get along. 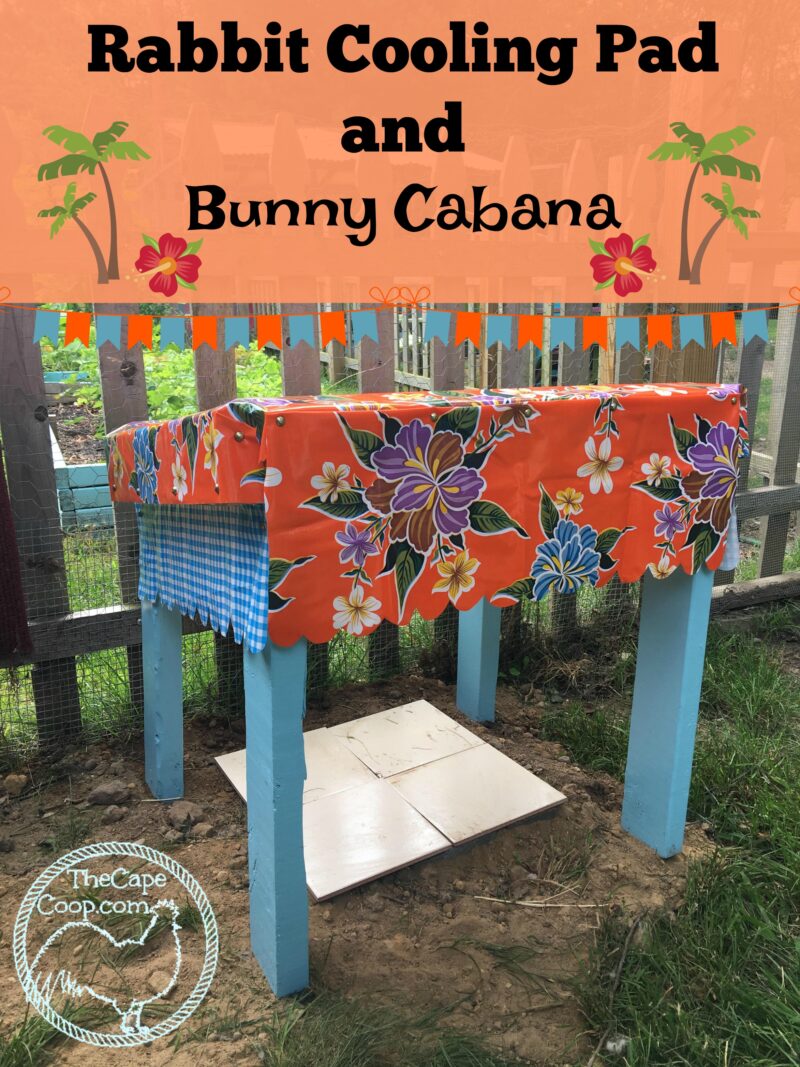 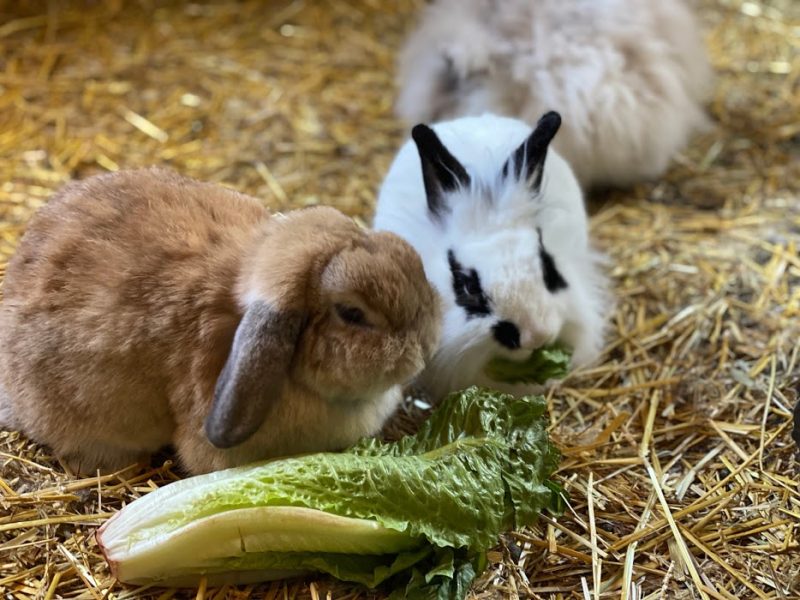 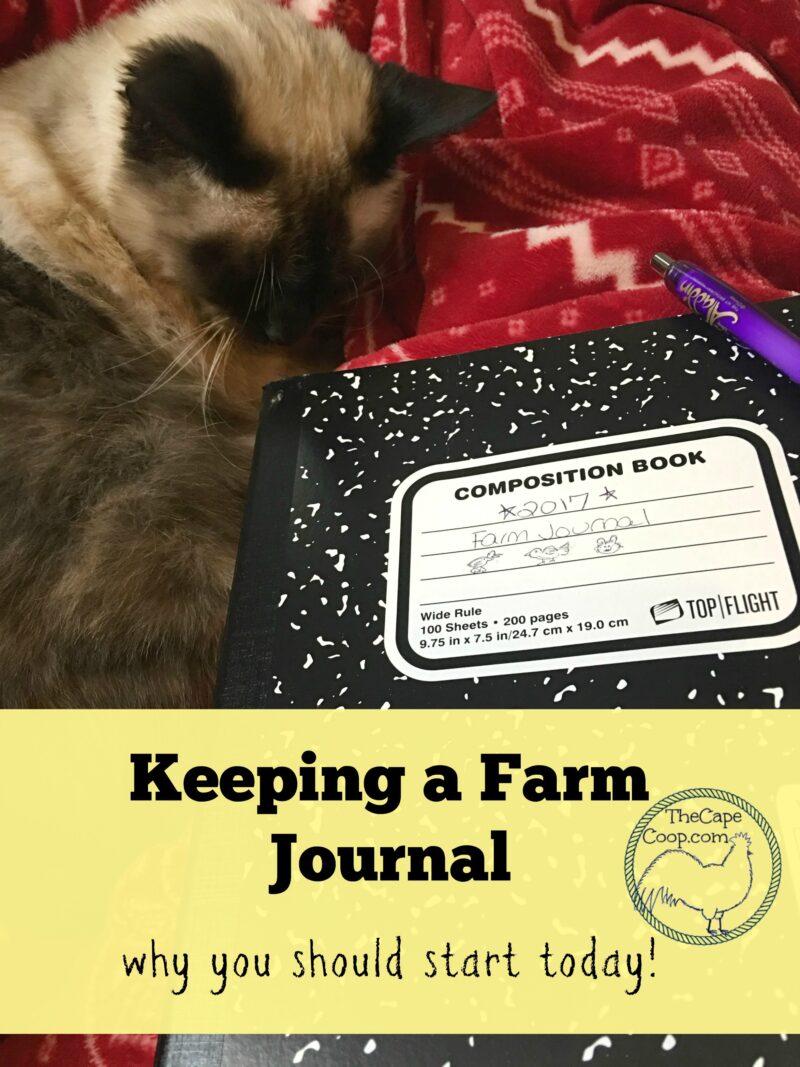