*This post may contain affiliate links, which means as an Amazon Associate I may receive a small percentage from qualifying purchases if you make a purchase using the links, at no additional cost to you* 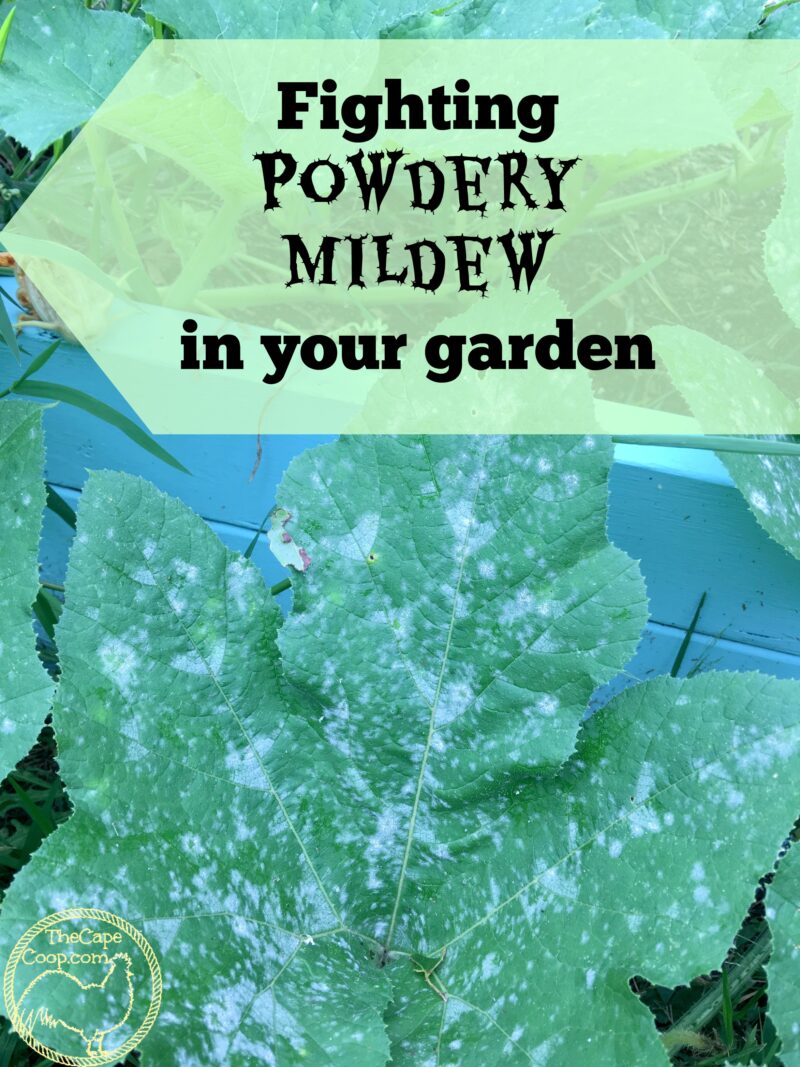 It’s a lovely late summer afternoon and you are strolling through your garden.  While poking through the squash leaves looking for a fresh zucchini, you notice a couple little white spots on a few leaves.  A couple days later, you return and notice even more leaves look like someone has sprinkled powdered sugar around.  What is going on?

Powdery Mildew is one of the easiest plant diseases to identify, and it is also one of the most common in North America.  This fungal disease effects a huge variety of plants and encompasses a few different species of fungi.  In your flower garden you are most likely to find powdery mildew on lilacs, zinnias, roses & pholx.  In the veggie garden you might find it on beans, cucumbers, squash, melons, grapes, apples, pears & strawberries.  The only good news is that different plant varieties are attacked by different species of fungi.  It is unlikely to spread from your grapes to your rose bush.

How to ID Powdery Mildew

Plants with powdery mildew will start out with circular, powdery white spots usually found on the leaves.  Sometimes you will see it on the stems, fruit or flowers.  The longer the fungus is present, the larger the spots get.  It could eventually cover most of the leaf, and it could spread to neighboring plants in the same family.

Why is it bad?

The fungus feeds off the nutrients in your plant.  It will cause your plant to bloom less, become weaker and producing less fruit.  When enough of the leaf surface is covered in mildew, the process of photosynthesis is reduced.  This will reduce the amount of fruit, and make the fruit that is produced weaker in flavor.  If the infection becomes severe enough, it could kill your plant (but that doesn’t generally happen).

This leaf is so covered in spores, it’s going to be pretty hard for it to synthesize nutrients from the air & water

What makes it grow?

Gardeners who live in hot, dry climates will likely not have many issues with powdery mildew.  Those in humid climates, like in the Northwest and Northeast US, will likely just see it as an inevitable part of gardening.  We can only hope to contain it long enough for a decent harvest.

Powdery mildew likes humid & hot conditions for growing, and disperses well in slightly cooler, breezy weather.  This makes late summer with it’s hot, humid days and slightly cooler nights the ideal situation for powdery mildew to spread.  Here on Cape Cod where most of the summer is 100% humidity with a slight coastal breeze I don’t think I have ever escaped a summer without at least a little powdery mildew.

The mildew is actually made up of tons of tiny spores.  The spores are like infection seeds blowing in the breeze.  Spores on one leaf are pretty quickly blown to the next leaf, and the next, until your entire row of plants is infected.  Gardeners using dense planting methods, like square foot gardening, are more likely to have this fungus in their garden.

How can I prevent it?

There are a couple things you can do to prevent powdery mildew: 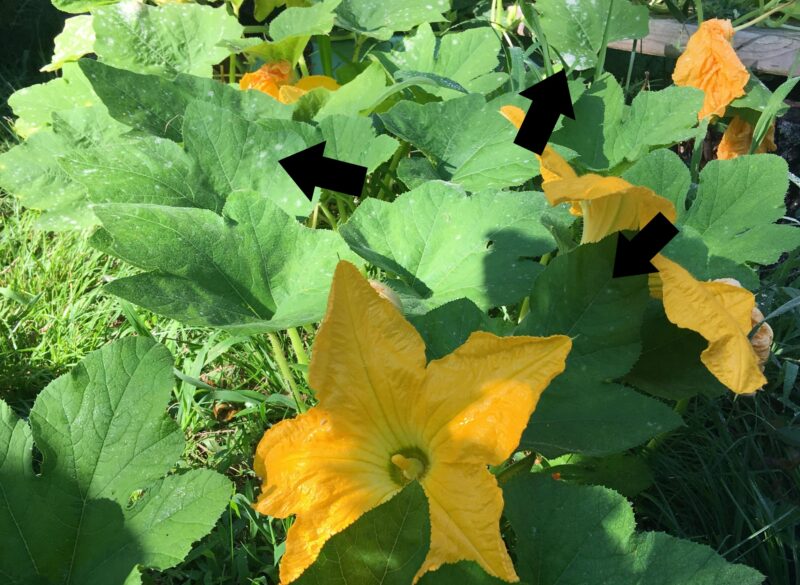 I took this picture on Aug 16, you can see a few small white dots. This is when I *should* have done something 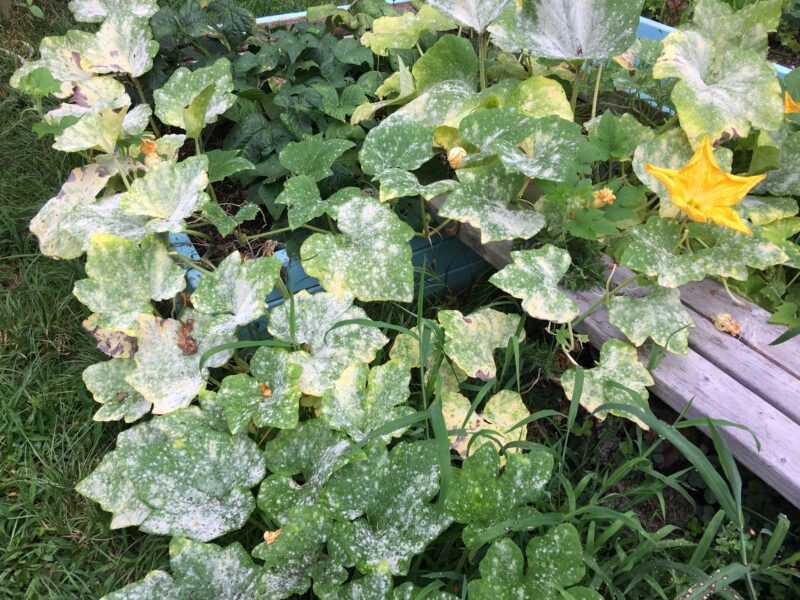 Unfortunately, life got in the way and this is what the same plant looked like on Aug 22 – just 6 days later

Yikes! I already have powdery mildew,
how do I get rid of it?

I’ll be honest, depending on the plant, sometimes I don’t do anything about it late in the season.  It can sometimes seem like a losing battle.  As the growing season is coming to a close in late August/early September and my squash & bean plants are coming to the end of their life anyway, sometimes it’s just better to pull the plant before it infects it’s neighbors.  For plants like pumpkins that are still going strong, it’s worthwhile to treat the fungus so the fruit doesn’t suffer.  If the fungus is just growing on leaves, it is perfectly fine to eat any fruit from that plant.  Early in the growing season, it’s a good idea to treat powdery mildew or you will have a pitiful harvest.

When the infection is only on a couple leaves, carefully trim those leaves away, trying not to disrupt and disperse the powder to neighboring leaves.  If it has spread, fungicides like neem oil or potassium bicarbonate can be sprayed on the leaves, killing the fungus.  You can make your own spray by mixing together 1 tablespoon baking soda, 1 tablespoon vegetable oil & 1 tablespoon dish detergent into a gallon of water.  This spray will likely not kill the fungus, but it will stop it from spreading, allowing the plant to continue growing & producing.  Spray weekly to keep the fungus contained.  No matter what you decide to spray on the leaves, do it on an overcast day so the foliage won’t burn.

If you decide to pull the plant or trim off leaves, you will want to bag up the plant material and throw it in the garbage.  Don’t add it to your compost!  The fungus will just flourish in the warm, moist decaying material, only to be added back to your garden later.  You also don’t want to just leave the plants to die and overwinter in your garden where the fungus will lie in wait in the soil until spring when it will reinfect your new seedlings (and possibly kill them before they can grow large enough). 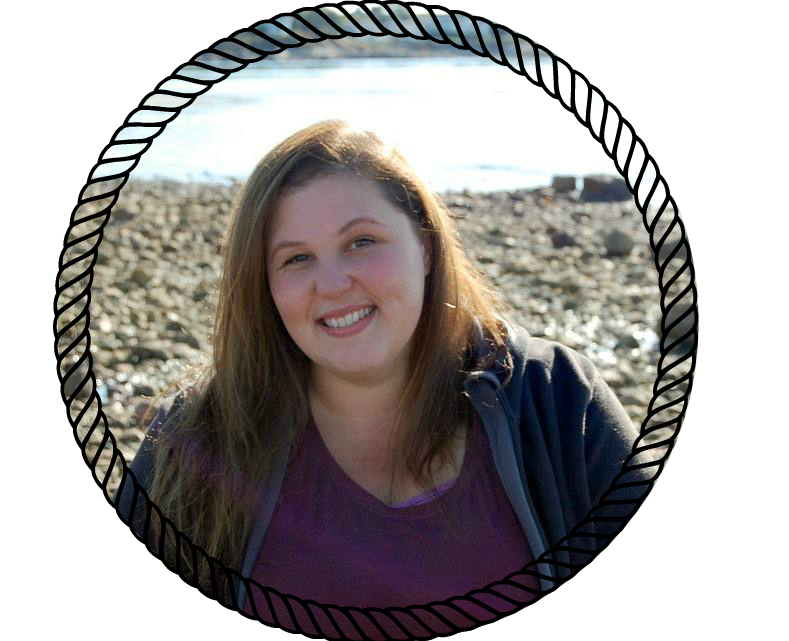 Hi I'm Liz, welcome to The Cape Coop! I am a backyard farmer living on Cape Cod raising chickens, ducks, rabbits, and gardening in my 1 acre yard - thanks for joining us! 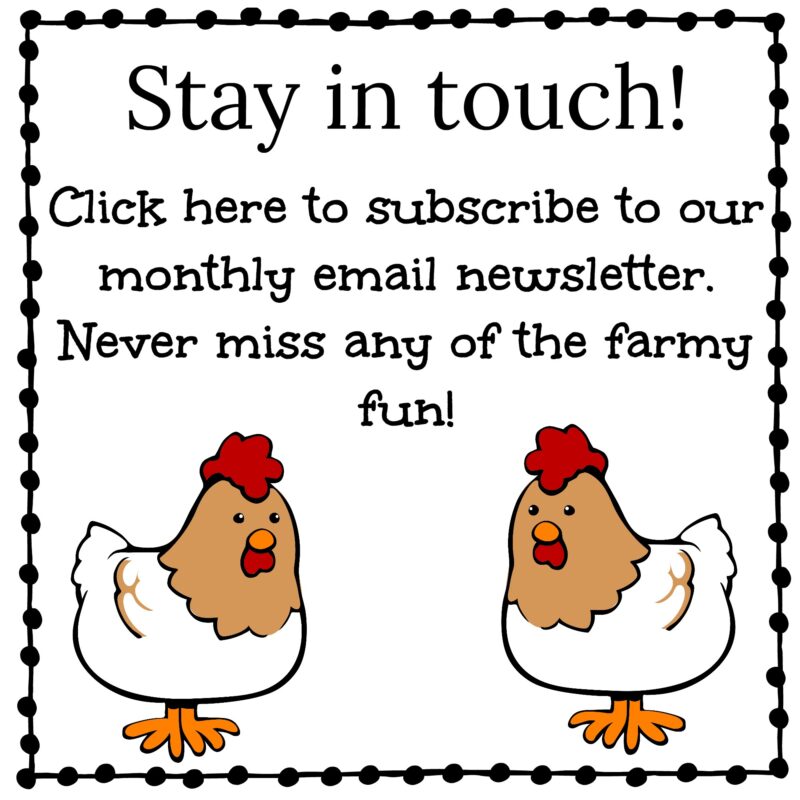 I was nervous getting an all white duck with all t

Taylor is ready for the weekend! #barredrock #chic

© All content, The Cape Coop, 2015-2020. Unauthorized use and/or duplication of the content and/or images without my express and written permission is prohibited. Feel free to link to or Pin any post, as long as credit and a link back is included (use of up to 100 words and 1 picture is allowed as long as a link back is provided).

I am not a veterinarian, just an animal owner & lover sharing my opinions and experiences. Any advice on caring for animals or diagnosing & treating medical conditions for animals is for informational purposes and should be evaluated by a trained veterinarian.

In order for The Cape Coop to support this blog, I may receive monetary or other types of compensation for endorsements, recommendations and/or links to products and services. If you click on the links found on this site and make a purchase, I may receive a small commission at no additional cost to you. Thank you for visiting us & for your support!

For full disclosures & privacy policies, please see our About page